Please visit the following link to learn how to branch and merge with git https://git-scm.com/book/en/v2/Git-Branching-Basic-Branching-and-Merging

At any time, list the Maven-parent repository's branches on Gitea: 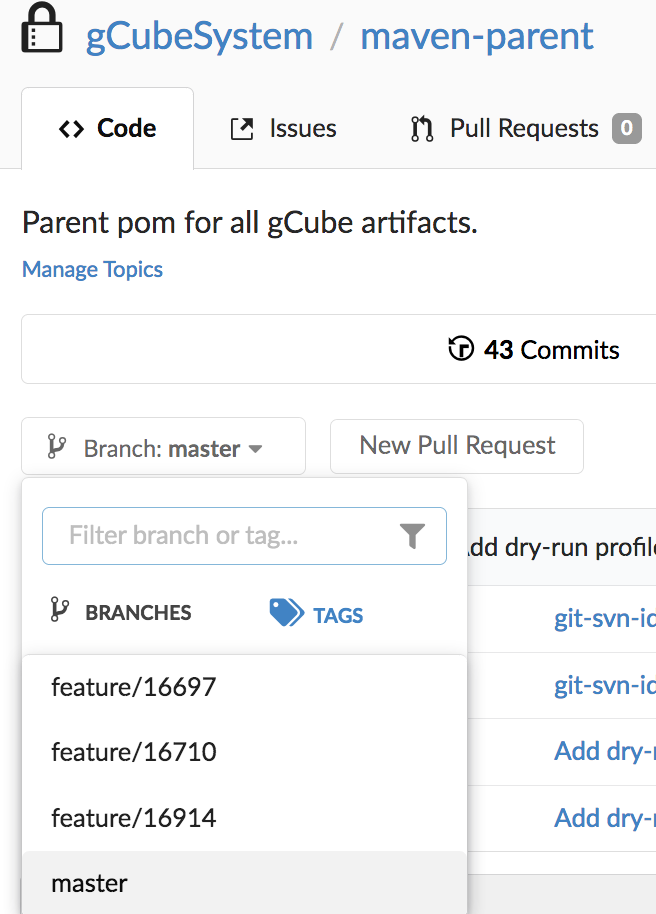 Then, by clicking on the "Issues" link, it will open the corresponding issues on the tracker system: