A project can have one or several upstream projects, which means that a build for the current project may be scheduled when an upstream build is finished. Per default every stable upstream build will schedule a build in the downstream project, but there are several options and plugins which can customize this behaviour. 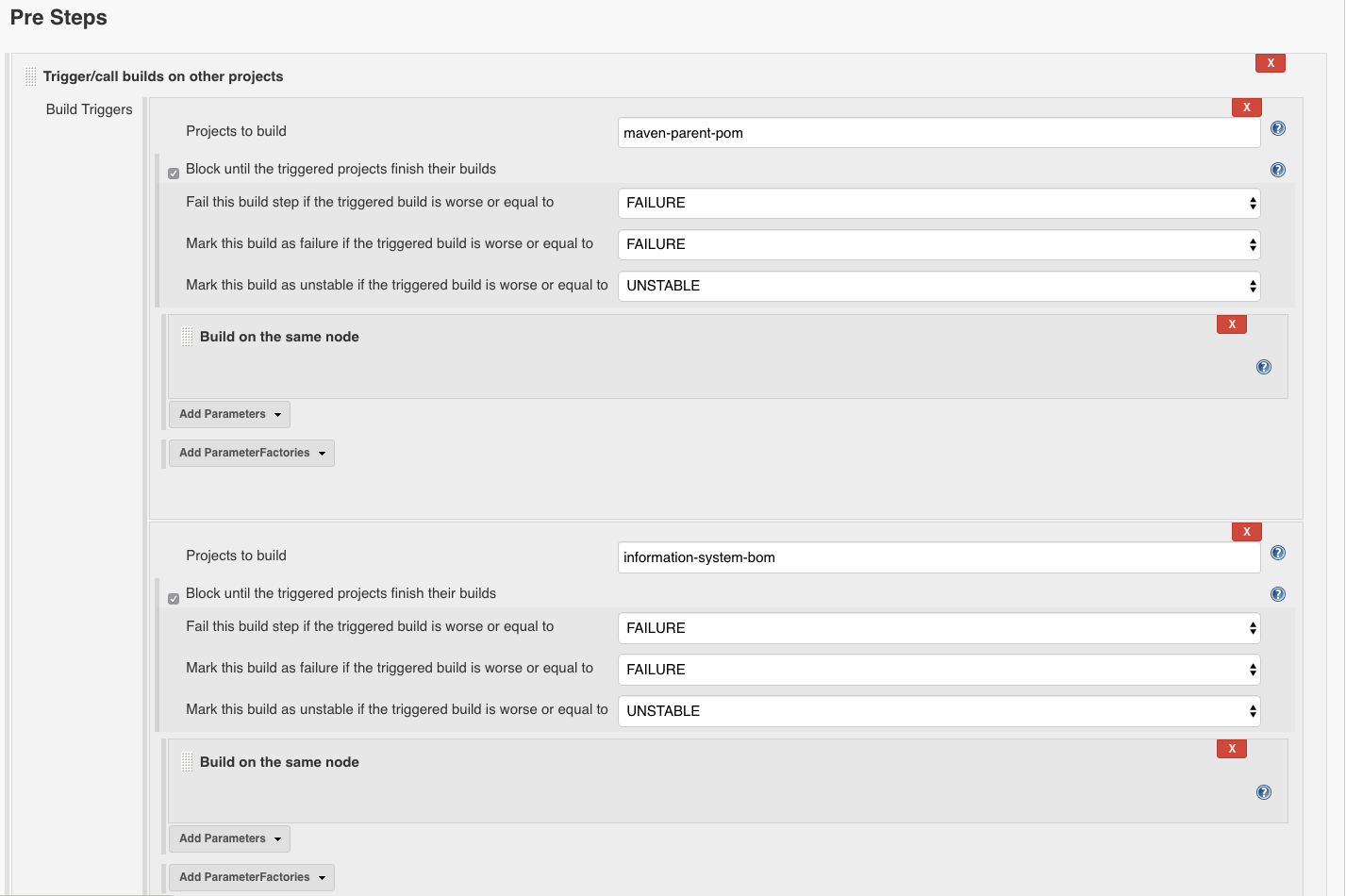 In this case, these 2 jobs will be executed before executing the Build step of the current project's job.