To support these scenarios, the following profiles are defined in the gCube maven-parent. 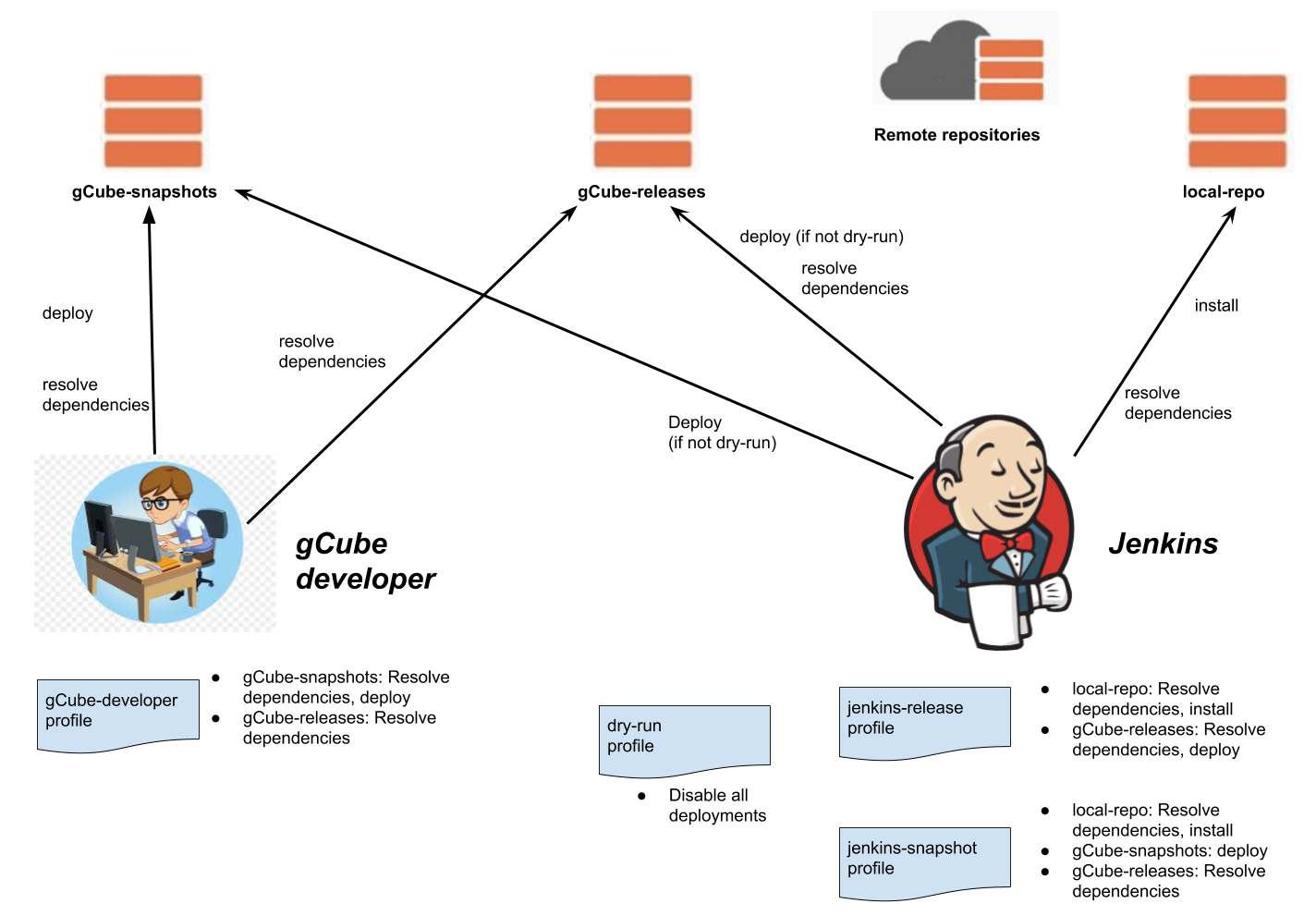 At the time we are setting up this release process, it would be an over-complication to configure each Jenkins project with an invocation to the plugin and parametrize each build process to activate the plugin during the release build. This can be eventually be investigated in the future.